Last week I returned to Pax River Naval Air Station to witness Captain Lisa Sullivan’s Navy retirement. I thought I would post something right after the ceremony, but honestly, I found I needed time to savor the event I experienced.

As I walked into the aircraft hangar, I felt suddenly at home. Old memories washed over me. I felt like a young lieutenant, then a seasoned aviator, and then a Captain preparing for my own retirement. So much of my career had taken place at this base. It overwhelmed me for a moment. The smell of military aircraft filled my nostrils (yes, they do have a certain smell) as my eyes took in the oversized American Flag that hung from the top of the hangar doors. The pomp and circumstance of traditional navy music filled my ears. This morning the aircraft hangar was no longer a place for aircraft maintenance but instead transformed into a place of ceremony for two of the oldest naval traditions – the change of command and retirement.

As memories whisked through my mind, my dear Greg grabbed my hand, pressing it firmly, to ground me in the present. I had been to many retirement ceremonies before, but something was palpably different in this scene. Everywhere senior women naval officers were standing tall and proud in uniform, ready to honor Lisa on her special day.

Seeing me at a distance, Lisa waved me over with her warm smile. She introduced me to her guest speaker, Jill Cesari, another Navy Captain and Naval Academy graduate. As I looked at them, I saw my legacy.

Traditional “side boys” were replaced by women sailors and women naval officers –honoring both Lisa and the progress women have made since I first joined the Navy in 1979.

As I wrote last week, I first met Lisa after I graduated from Test Pilot School in 1988. She was a high school student considering going to the Naval Academy and had wondered what Navy life was like for a woman. I remember sharing all the struggles I faced and ultimately the joy I experienced in the challenge. Her mother Joyce ran the graduate school program on base. And her father was a marine test pilot. She had lived the life of military “brat,” so she knew much more than I did at her age about what she was getting into. But I think she needed to meet a woman Naval Academy graduate and naval officer firsthand, to see herself in the same role.

I became her role model, and her pathfinder for her career in the Navy.

During the ceremony I sat in wonder taking in all that Lisa, her guest speaker Jill and the many Navy women surrounding me had accomplished and were still accomplishing in their careers of service. Both Lisa and Jill spoke about how the repeal of the combat exclusion laws that my peers and I worked to repeal years prior had opened the pathway for their careers.

Then it got very personal for me. Thirty-four years after our first meeting Lisa was now retiring. In her final words of her career, she spoke of how she knew she could do everything she had done in her career because she had seen it before because I had led the way. I had been her role model.

Tears streamed down my cheeks as I whispered to Greg, “this is why I do what I do.” It is not for myself but for those who follow me.

Remember role models are like light houses. Our purpose is stand tall that others may see our light to chart their own course in the world.

So, get out there and let your light shine. It makes all the difference. 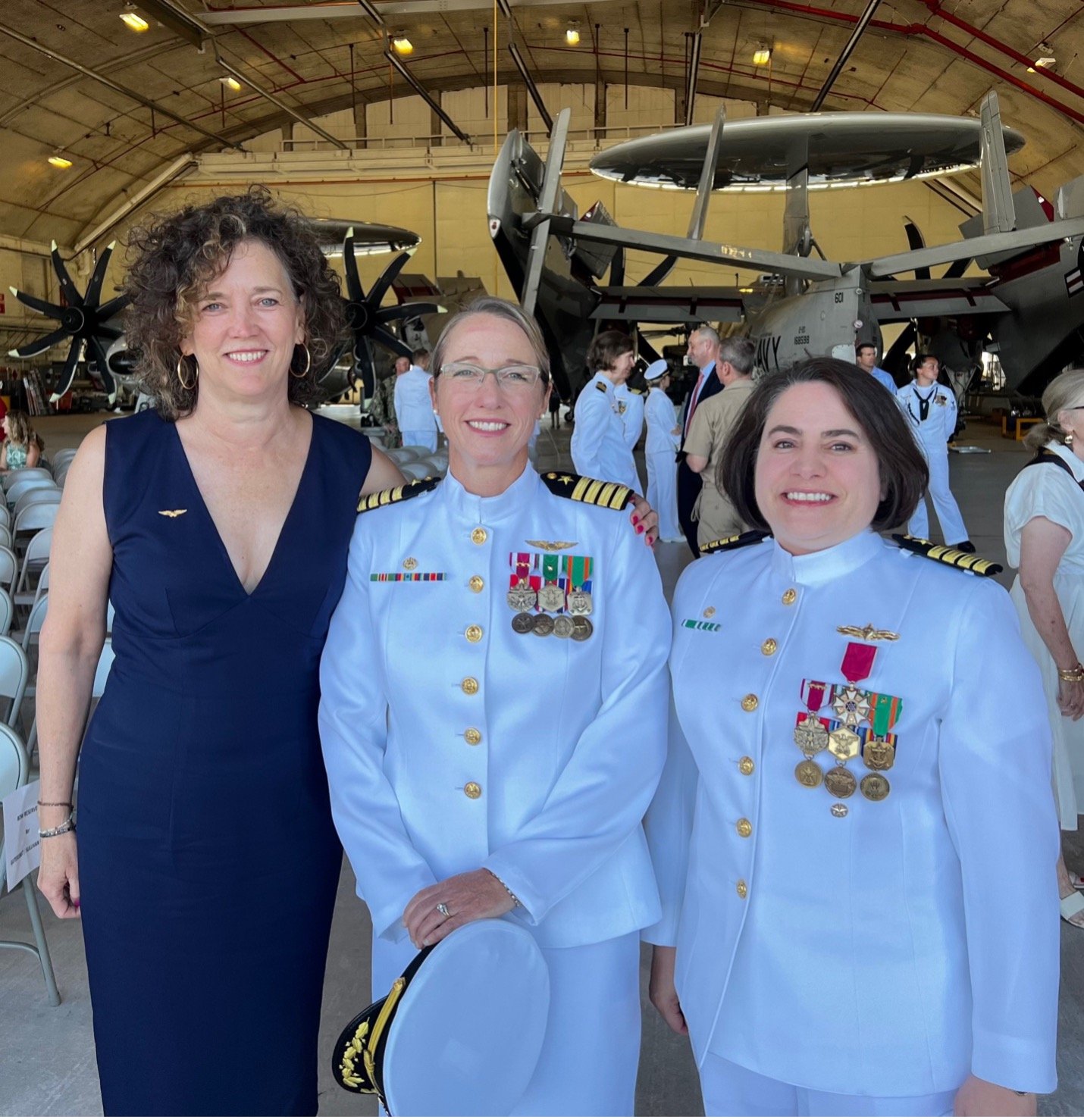