Later this week I am returning to Pax River to attend a Navy retirement ceremony for Captain Lisa Sullivan. This will be a very special event for me.

I first met Lisa after I graduated from Test Pilot School. She was a high school student considering going to the Naval Academy, and she wondered what Navy life was like for a woman. I remember sharing all the struggles I faced and ultimately the joy I experienced in the challenge. Her father was a Marine test pilot, and her mother ran a graduate school program on base. She had lived the life of military “brat,” so she knew much more than I did at her age about what she was getting into. But I think she needed to meet a woman Naval Academy graduate and naval officer firsthand, to see herself in the same role.

I became her role model.

Role models are like lighthouses to me. Our purpose is stand tall that others may see our light and use that light to navigate by, charting their own course in the world.

Lisa attended the Naval Academy, graduated, and became an aviator. In a very proud moment for me when I was running selection boards in the Navy, we selected her for Test Pilot School. Today she is a captain in the Navy, a Program Manager (just as I was) and going stronger than ever.

On Friday, Lisa will retire from the Navy after completing a stunning career. She has become a lighthouse herself, lighting the way for the next generation of women who will follow in her footsteps.

I will delightedly continue to follow Lisa’s career – she is not done with her work in the world, only changing course. I like to think that I opened a few doors for Lisa and now I see she is a “door opener” in their own right.

On Friday I will be in Patuxent River, MD, joyously celebrating Lisa. I am filled with wonder when I think how women today are continuing to change the naval service with their now limitless careers.

This is the beauty of being a role model – celebrating the success of those whom you have helped. Each subsequent generation reaches higher because of our willingness to be role models. Nothing fills me up more!

Here’s to being a role model and remember, Fly High… Barbara

Photo by Zetong Li on Unsplash 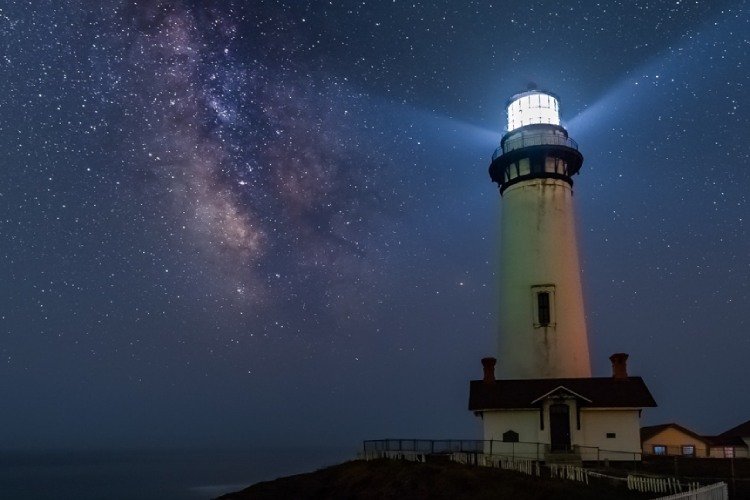